This is Not New News!
Pastor George E Fiflield's Sermons from 1897
Presented at the SDA General Conference Camp Meeting
Attended by William White, Jones and Waggoner, Prescott and Kellogg

This is a powerful sermon given by Pastor George E Fifield on the character of God. While Ellen White was not present at the camp meeting to hear Pastor Fifield's sermons, she was given messages from God to present to the ministers who were to deliver the sermons. Pastor Fifield received no corrective messages from Ellen White for his presentations - in fact, it was noted in the SDA church's official publications, that the particular camp- meeting was the most blessed event and that there was present an unusually peaceful spirit of brotherly love. Elders Jones and Waggoner also preached, but Pastor George Fifield attracted the most people at his presentations. Ellen White's son Wille was present also. This article reveals that the SDA pioneers were indeed given the truth about God's character being non-destructive. 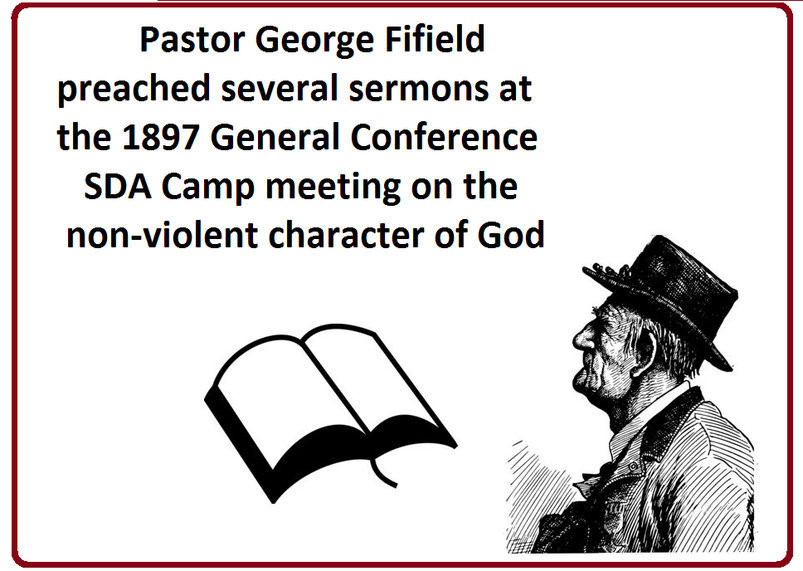