Can You Bear It? 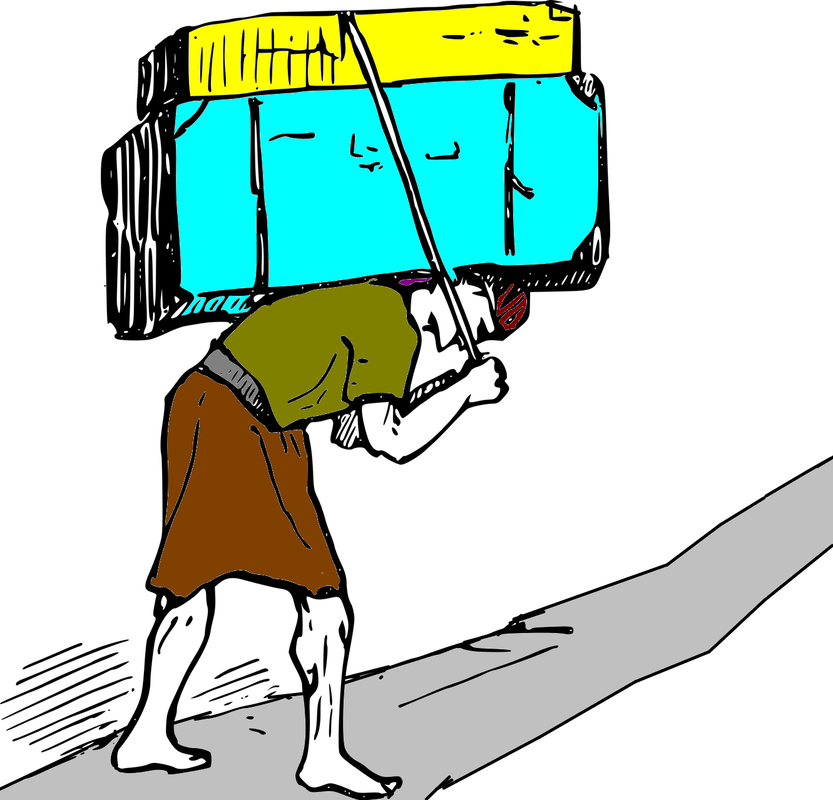 In John 16: 12, Jesus said to His disciples:
"I have yet many things to say unto you, but ye cannot bear them now. "
What could the disciples not bear?
Perhaps that Jesus:
Can you bear these questions?
1. What was Satan's number one accusation against God? That the law of God could not be kept by sinful humanity. That the law was unjust. That the Law-giver was at fault for having such a faulty law.  (This question is primarily for SDA believers)

Signs of the Times, 16 January, 1896
“Satan declared that it was impossible for the sons and daughters of Adam to keep the law of God, and thus charged upon God a lack of wisdom and love. If they could not keep the law, then there was fault with the Lawgiver. Men who are under the control of Satan repeat these accusations against God, in asserting that men can not keep the law of God.”


Signs of the Times, 22 December, 1914
“Satan had declared that the law of God was faulty, and that the good of the universe demanded a change in its requirement. In attacking the law, he thought to overthrow the authority of its Author, and gain for himself the supreme allegiance. But through the plan of salvation, the precepts of the law were to be proved perfect and immutable, that at last only glory and love might rise to God throughout the universe, ascribing glory and honor and praise to Him that sitteth upon the throne and to the Lamb forever and ever.”


Ellen White, Signs of the Times, 5 February, 1894
“At the time when sin had become a science, when the hostility of man was most violent against heaven, when rebellion struck its roots deep into the human heart, when vice was consecrated as a part of religion, when Satan exulted in the idea that he had led men to such a state of evil that God would destroy the world, Jesus was sent into the world, not to condemn it, but, amazing grace! to save the world. The unfallen worlds watched with intense interest to see Jehovah arise and sweep away the inhabitants of the earth, and Satan boasted that if God did do this, he would complete his plans and secure for himself the allegiance of unfallen worlds. He had arguments ready by which to cast blame upon God, and to spread his rebellion to the world's above; but at this crisis, instead of destroying the world, God sent his Son to save it. The apostle caught a glimpse of the plan, and he kindled into inspiration upon the great theme. Language cannot express his conception, but ever falls below the reality. John exclaims: 'Behold, what manner of love the Father hath bestowed upon us, that we should be called the sons of God; therefore the world knoweth us not, because it knew him not.' Before the coming of Christ to the world evidences abundant had been given that God loved the human race. But in the gift of Christ to a race so undeserving was demonstrated the love of God beyond all dispute. This gift outweighed all else, showed that his love could not be measured. .... The only-begotten Son of God accepts all the liabilities that fall upon the transgressor of the law, vindicates its unchangeable and holy character. The death of Christ removes every argument that Satan could bring against the precepts of Jehovah. Satan has declared that men could not enter the kingdom of heaven unless the law was abolished and a way devised by which transgressors could be reinstated into the favor of God, and made heirs of heaven. He made the claim that the law must be changed, that the reins of government must be slackened in heaven, that sin must be tolerated, and sinners pitied and saved in their sins. But every such plea was cast aside when Christ died as a substitute for the sinner. He who was made equal with God bore the sin of the transgressor, and thereby made a channel whereby the love of God could be communicated to a fallen world, and his grace and power imparted to those who came to Christ in penitence for their sin.”


If the worst possible time did not provoke God to destroy the world, is there ever a time which is evil enough to require that God put aside the principles of His holy law? According to Ellen White, at the worst possible time of rebellion and confusion, when everyone including the inhabitants of unfallen worlds expected God to destroy everyone on the earth, God responded in love by saving the world, and not by destroying it.


Does not a God of love draw all men unto Him? Jesus said to the Jews that they had heard it said that they should perform retributive violence –eye for eye, tooth for tooth, hand for hand, foot for foot, burning for burning, wound for wound and stripe for stripe” (Exodus 21:24-25) but that He told them to love their enemies, to pray for them, to forgive them (Matt 5). Where had the people 'heard' the instructions of retributive violence? From the Mosaic law. (Christ did not state that Moses actually wrote those words, but that the people had heard those words which were incidentally recorded in the Mosaic record as being divinely spoken and given to Moses). Whose advice should a Christian follow? Christ's instructions – which are spirit and life - or the Old Testament instruction? Obviously one set of instructions are in harmony with the moral standard of God – the 10 commandments – and the other instructions are not in harmony with the 10 commandments. Christ's words harmonise with the great moral standard which reflects and embodies His character. The OT instructions follow a familiar, pagan standard which was also practiced by heathen countries eg Islamic Law (Sharia) under the Taliban regime.The law of retaliation (lex talionis) is carried over to Islam. The Qur'an (Koran), Suram (chapter) 5:45 states: “And We ordained therein for them: Life for life, eye for eye, nose for nose, ear for ear, tooth for tooth and wounds equal for equal. But if anyone remits the retaliation by way of charity, it shall be for him an expiation. And whosoever does not judge by that which Allah has revealed, such are the Zalimun (polytheists and wrongdoers...) http://www.americanthinker.com/articles_print.php?article_id=4671 Would God kill or destroy those for whom He was willing to die? John 10:15; Luke 9:56 “For the Son of man is not come to destroy men's lives, but to save them.”

3 Spiritual Gifts p 303
“God was a wise and compassionate lawgiver, judging all cases righteously, and without partiality. While the Israelites were in Egyptian bondage, they were surrounded with idolatry. The Egyptians had received traditions in regard to sacrificing. They did not acknowledge the existence of the God of Heaven. They sacrificed to their idol gods. With great pomp and ceremony they performed their idol worship. They erected altars to the honor of their gods, and they required even their own children to pass through the fire. After they had erected their altars they required their children to leap over the altars through the fire. If they could do this without their being burned, the idol priests and people received it as an evidence that their god accepted their offerings, and favored especially the person who passed through the fiery ordeal. He was loaded with benefits, and was ever afterward greatly esteemed by all the people. He was never allowed to be punished, however aggravating might be his crimes. If another person who leaped through the fire was so unfortunate as to be burned, then his fate was fixed; for they thought that their gods were angry, and would be appeased with nothing short of the unhappy victim's life, and he was offered up as a sacrifice upon their idol altars. Even some of the children of Israel had so far degraded themselves as to practice these abominations, and God caused the fire to kindle upon their children, whom they made to pass through the fire. They did not go to all the lengths of the heathen nations; but God deprived them of their children by causing the fire to consume them in the act of passing through it.”


Are we to understand that according to Ellen White, that the pagan Egyptian god more merciful and less bloodthirsty than the God of the Israelites? At least the god of the Egyptians permits some children to escape the flames. However, it appears that Ellen White believed that the One True God CAUSED the Israelites' children – ALL the Israelite children who were “passed through the fire” - to burn to death.


If Ellen White's statement is correct, (that God ensured that the Israelite's children burn to death on the pagan altars), then it inadvertently makes a dreadful attack on the character of God.


If Ellen White's statement is correct, then logic requires answers to the following questions: • Didn't the One True God have the option of extinguishing the fire on the altar? (Yes. The same God refused to permit Satan to ignite fire on Baal's altar during Elijah's ceremony on Mt Carmel).


Perhaps Ellen White's words have another meaning, or if not, she clearly did not intend to speak against the One True God, whom she loved. It might be however, that her words, unknowingly implicated the Father's character as a murderer of little children.
1 While recognising that Ellen White was given the gift of prophecy and accepting her position as God's messenger, it is obvious that in keeping with her statement that “God has not given any one person all the light”, we must consider her comments in 3SG p 303 to have been made with a true heart, but without special revelation from God on this matter. Ellen White does not claim that she “was shown” the information in vision or in special revelation, so perhaps this statement was simply her human opinion.