​Early in the Bible, God made His laws known that the Israelites were not to intermarry with the pagan nations. Only four chapters later, that law is reversed. Furthermore, there are several instances in the Bible where it is stated that God legitimised (legalised) the Israelites to use force to secure these captive, pagan virgins as 'wives.' These young girls witnessed the Israelites' brutal slaughter of their families - including their infant brothers after which they were then selected by the Israelite warriors as de facto 'brides.' A one month mourning period was permitted for the girls to grieve the loss of their families before they were forcibly married (i.e. raped). After they had been 'pierced' (literal translation) or 'humbled' (as the King James Version refers to the rape), the Israelite warriors could abandon the rape victims 'legally' under the 'divinely originated' law.' Young war and rape victims, suffering post-traumatic stress disorder, possibly pregnant/infected with venereal diseases, with no existing home or surviving relatives, wandering through a strange land, without any means of support, unable to speak the Israelite language, at the 'mercy' of lustful men.... what a future faced them and what a shocking witness against the God of love! This article examines whether God did actually command and sanction rape in the Bible and the reasons behind this strange law in Deut 21 and Numbers 31. 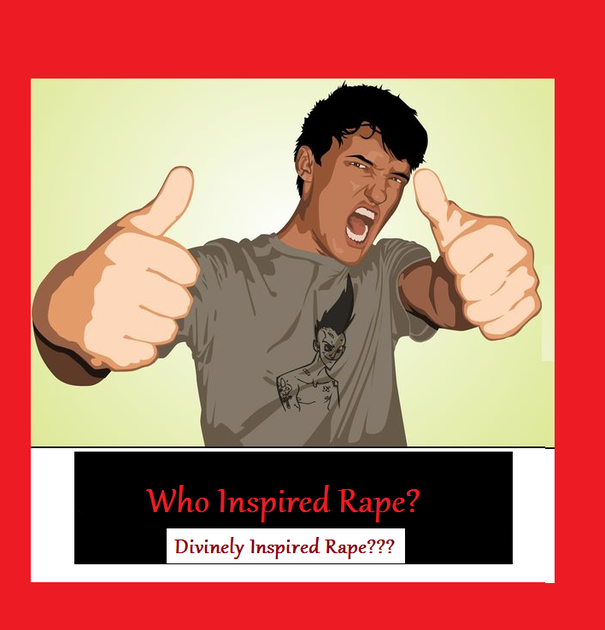